Baby A and I made it through 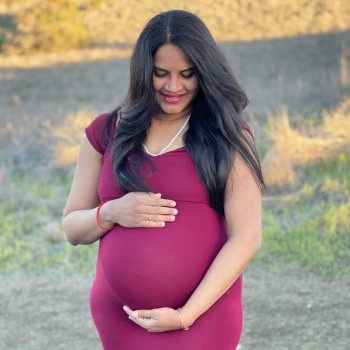 At around week 20, my doctor categorized me as having gestational hypertension and as a moderate risk for preeclampsia. She immediately put me on baby Asprin and asked me to monitor my blood pressures at home thrice a day.

At week 24 during my 2nd Anatomy scan, we found that I have Velementous cord insertion. This essentially means that the baby’s umbilical cord is not connected to the placenta but to the membranes instead which means that she wasn’t getting all the nutrients directly and hence her weight was on the lower end.

Third trimester is when things took a wrong turn and started worsening. Week 28 was when my blood pressure readings shot up, and I was admitted in the hospital to Be monitored overnight and was given medication which was being increased from time to time to bring my levels within range. I was immediately classified as a case of super imposed preeclampsia without any other symptoms.

Week 29 was horrifying!!!! During the scan, we found that the baby’s weight wasn’t on track and she had dropped to 3rd percentile (IUGR) which wasn’t a good sign. The doctor ran a bunch of Doppler tests and we found that due to my hypertension, the placenta had been damaged. The dysfunctional placenta wouldn’t allow any nutrients to pass to the baby, hence holding back on its weight. The doctors said they were going to monitor this on a weekly basis and if they find it becoming worse, they would deliver the baby immediately. This is when I lost my peace and with every appointment, I was only praying that the baby and I should last a week more.

Towards the end, all my NST’s that had been scheduled were not going well as well. It was found that although there was sufficient fetal movement, the baby wasn’t responsive. The doctors wanted to see her heart rate accelerate, and that wasn’t happening and that’s what triggered them to admit me and monitor me.

I was admitted on a Sunday morning and they were going to induce me on Wednesday. However, I had contractions that night and the baby's heart rate dropped and they decided to begin the induction process right away, only to find the baby had turned into breech. Hence, an emergency C-Section. My princess was born at a low birth weight and hence was in the NICU for 4 weeks. She had absolutely no other issue except the low weight.

I was in the hospital for a week and slowly recovering, with my BP levels still fluctuating. They started me on magnesium suplhate for 48hours which was horrible.

I was discharged on Friday at 3pm and came home, continued monitoring my BP to only find that it had shot up to 180/190s over 120s in the evening. We rushed to the ER and got re-admitted again for postpartum preeclampsia.

Different medications and dosages later, I was discharged after spending 4 more days in the hospital.

Now I am off all medications and my baby and I are absolutely hale and healthy.

I went thru a horrific process and wouldn't want to go thru it again. However, I was informed and advised by the doctors regarding each and every course of action and I am grateful to them for my baby and I making it thru this journey.

My name is Kameron. I found my soulmate Seymour in college in 2006, but at age 19, we found ourselves beco...