We did it!  Act2SaveMoms has become a law

December 22, 2018: This is a great day for preeclampsia and the beginning of the end of needless deaths. Late last night, President Trump signed into law the Preventing Maternal Deaths Act. We are very proud and incredibly thankful! This legislation will directly impact our fight to eliminate preeclampsia, which is a leading cause of maternal mortality and morbidity.

Thank you to Congresswomen Jaime Herrera Beutler and Diana DeGette​, and Senators Heidi Heitkamp and Shelley Moore Capito who led the charge on this bipartisan legislation. Thank you to all of you who tweeted, emailed, called, wrote, and petitioned our representatives to push through this critical legislation to prevent maternal deaths in this country.

This has been a long hard road for the Preeclampsia Foundation and we have been not alone in this. We are incredibly grateful for our partners American College of Obstetricians and Gynecologists - ACOG, Society for Maternal Fetal Medicine, March of Dimes, AMCHP, and many others. We are incredibly thankful for all those who have been linked arm to arm with us for this initiative.

At this time, the most important thing to know is that this fight is not over! We have a lot of work ahead of us to now fight every year to get funding appropriated to fulfill this legislation.

This important bipartisan legislation is the beginning of efforts toward eradicating preventable maternal death and improving maternal and infant health in the United States. It will accelerate progress toward ensuring that every state has a high-functioning process for identifying the causes of maternal mortality and translating recommendations made by maternal mortality review committees (MMRCs) to meaningful action.

The legislation will also advance efforts among states to standardize the collection and analysis of data so that we can develop a national understanding of why mothers are dying in the United States and what it will take to reverse this tragic trend.

MMRCs are multidisciplinary groups of local experts in maternal, infant, and public health that examine cases of maternal death. Maternal mortality review is a cyclical process that does not end by simply counting and characterizing deaths, but is followed with action by putting the recommendations of the committee to work in hospitals and communities. 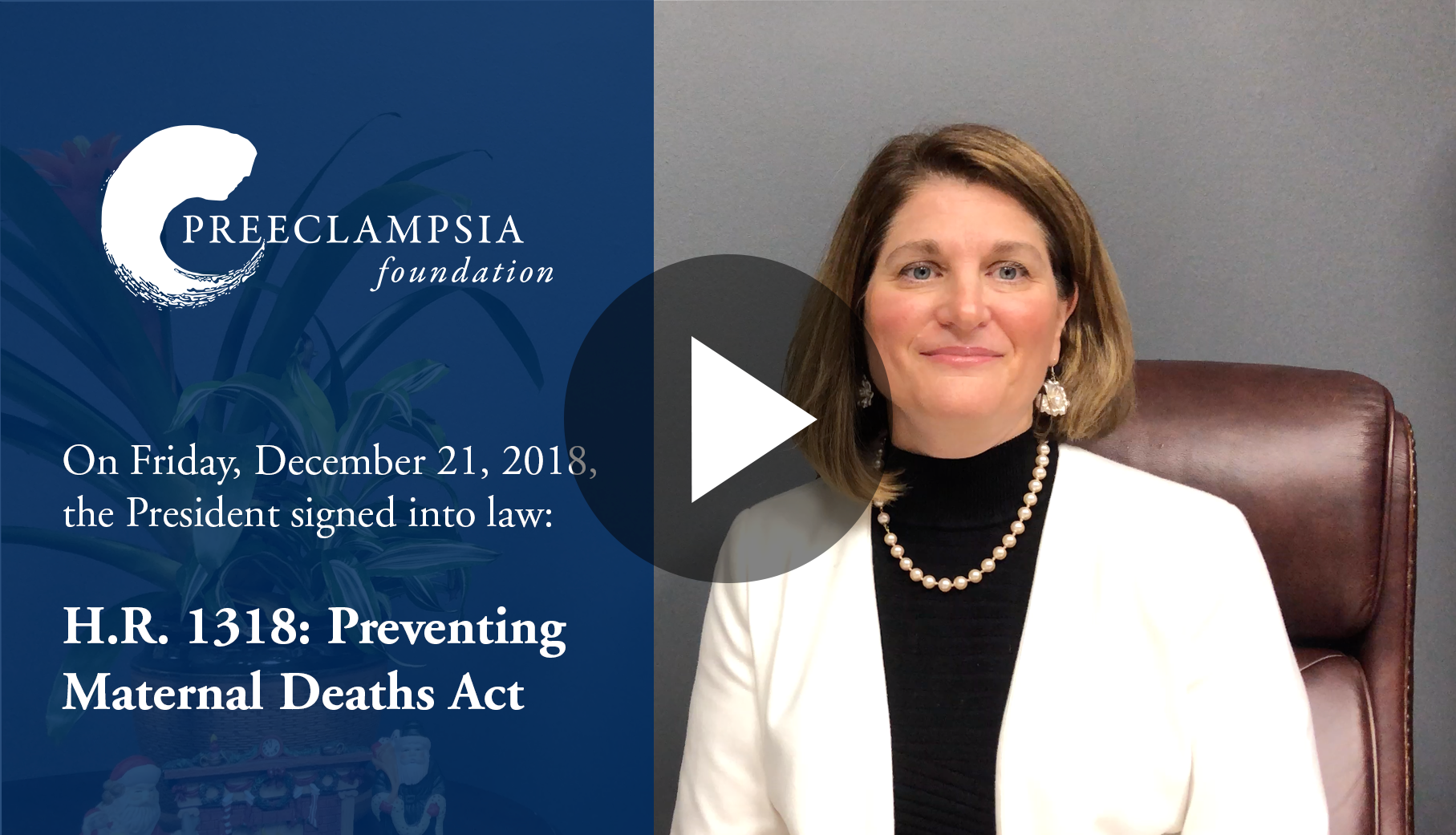 March 2, 2017 — Washington DC — The American Congress of Obstetricians and Gynecologists (ACOG) and the Preeclampsia Foundation announce their endorsement of new bipartisan legislation introduced on March 2, 2017, that will allow states to address preventable maternal deaths and the devastating and costly health consequences that threaten the lives of moms and babies across the country.

“We’re very pleased to provide joint leadership with ACOG for this effort and thank these members of Congress for introducing legislation that will drastically reduce maternal death and disability across the United States,” said Eleni Tsigas, executive director of the Preeclampsia Foundation.

The statistics on maternal death are staggering. The United States ranks 47th globally for its maternal mortality rate and the maternal death rate continues to rise despite major advancements in medical technology and treatments. The Preventing Maternal Deaths Act addresses the problem by recognizing that the first step forward is to tackle this national issue at the local level by helping states set up maternal mortality review committees (MMRCs).

“Our nation’s ob-gyns are extremely concerned by the alarming rates of maternal death in the United States, especially among communities of color, but we know MMRCs are a key component to reversing this trend,” said Thomas M. Gellhaus, MD, president of ACOG. “This legislation will allow us to understand what is driving these tragic incidents by providing the needed funding to create review committees that will collect standardized data in order to inform effective and cost-saving solutions that fit each community.”

The Preventing Maternal Deaths Act will support states in establishing or expanding their mortality review efforts and promote national information sharing through the Centers for Disease Control and Prevention so they can continue to learn from each other and collaborate as needed.

“Prevention requires an understanding of the causes of women dying,” said Thomas Easterling, MD, director of the Preeclampsia Foundation’s Medical Advisory Board and professor of Maternal Fetal Medicine at the University of Washington. “Careful maternal mortality review identifies these causes and in doing so, identifies what actions states can take to address them. Without review, we do not acknowledge these women and the loss they represent to their families and communities. We dishonor their loss of life and miss the opportunity to protect their sisters and daughters.”

Recent studies have shown that at least 41 percent of maternal deaths were likely preventable and yet preeclampsia and other hypertensive disorders of pregnancy are still a leading cause of maternal and infant death and severe health consequences. Every year, up to 300,000 pregnant or postpartum women develop a hypertensive disorder of pregnancy, with approximately 75,000 of them suffering organ failure, massive blood loss, permanent disability, premature birth, or death and/or death of their babies. Congress consistently invests to reduce infant mortality. The same investment needs to be made to help save the lives of the nation’s mothers.

TAKE ACTION Legislative advocacy simply means educating others about preeclampsia and hypertensive disorders of pregnancy, and helping to influence government policy. We have successfully fough...

Board Member Urges Policymakers to Join the Battle Against Preeclampsia
May 08, 2020

In an opinion piece in The Hill (5/7), Rakhi Dimino, MD, a Houston-based obstetrician who serves on the Preeclampsia Foundation’s Board of Directors, writes that findings from two rece... 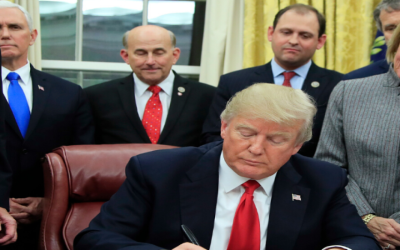 This is a great day for preeclampsia and the beginning of the end of needless deaths. Late last night, President Trump signed into law the Preventing Maternal Deaths Act. We are very proud and incredi... 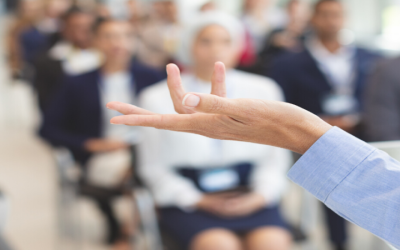 The Preeclampsia Foundation commends the U.S. House of Representatives Committee on Energy and Commerce Subcommittee on Health for holding the hearing, “Better Data and Better Outcomes: Reducing...