Why doesn't aspirin work for some women?

Ask An Expert Question: Low dose aspirin is prescribed in pregnancy to prevent preeclampsia. Some women, however, experience aspirin resistance, where aspirin treatment is ineffective. Why doesn’t aspirin work for some women?

A low dose of aspirin (Acetylsalicylic acid) taken early in pregnancy can help to protect the proper function of the placenta and provide enough blood flow to the developing baby.  Aspirin also opens up blood vessels and prevents blood clots from forming. Aspirin’s beneficial effects have been documented in women at high risk for early-onset preeclampsia, showing over a 50% reduction in preterm preeclampsia.[i]

Although rare, some women may experience a condition known as aspirin resistance, in which case aspirin treatment is not effective. The reasons for aspirin resistance are can vary depending on your genetic makeup, the type of aspirin taken for treatment, and if the aspirin is precisely taken as prescribed.[ii]

First, genetic variations can be a cause for some of the observed aspirin resistance, but these are difficult to study and measure. Depending on which test is used to measure aspirin response, researchers report somewhere between 10 and 35% of the general population may be resistant to aspirin, meaning their platelets have an inadequate response to aspirin. That factor alone means that current therapeutic levels of aspirin in pregnancy will not help some women taking aspirin to prevent or delay preeclampsia. Also, resistance seems to be higher during pregnancy than postpartum.[iii] [iv]

Second, taking aspirin tablets that contain a special coating (enteric coating) may result in a smaller physiological dose, and could decrease the effect of aspirin treatment. Enteric coated aspirin was created to prevent stomach upset and internal bleeding, but it is a much less effective form of the medication.  Studies of aspirin resistant patients that were taking the enteric coated form showed an increased response to the medication’s effectiveness when switched to uncoated tablets.[v]

Third, some patients may not follow their doctor’s instructions to take aspirin as often as they should or at the right dose. This has been evaluated in studies that measured the level of aspirin in a person’s blood at various time points. It was often different than what patients claimed to have taken. This could result in inconsistencies in treatment effects.[vi] [vii] Therefore, it is very important that patients take low-dose aspirin as prescribed to achieve maximum benefits.

[i] Rolnik DL et al. Aspirin versus Placebo in Pregnancies at High Risk for Preterm Preeclampsia.

[ii] Zehnder JL et al. Nonresponse and resistance to aspirin. Up to Date, 2020.

Question: Progesterone supplementation - first trimester and beyond - can it help the vascular constriction by keeping the smooth muscle relaxed (17HP shots), and is it associated with early supplemen...

Could Vitamin B12 deficiency and preeclampsia/HELLP syndrome be related?
June 14, 2021

Question:  I would like to know the correlation and prevalence of HELLP / Preeclampsia and Polycystic Kidney Disease. Answer: Women with polycystic kidney disease (PKD) are at higher risk of a... 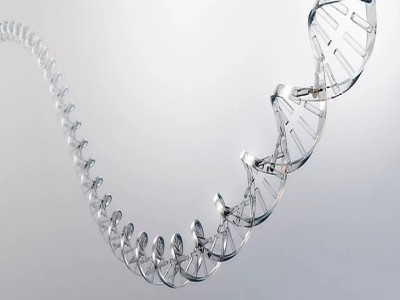 Is the MTHFR gene associated with preeclampsia?
January 07, 2016

Several genes in our bodies have been linked -- to varying degrees -- to our chance of developing preeclampsia. A gene is a region of your DNA that holds the instruction manual for making...

Will you experience preeclampsia during the next pregnancy?
December 20, 2018

Editor's Note: One of the more frequent questions we hear is “Will I have preeclampsia during future pregnancies?" We asked Dr. Ira Bernstein, a member of the Preeclampsia Foundation Medical Adv...