Question: Progesterone supplementation - first trimester and beyond - can it help the vascular constriction by keeping the smooth muscle relaxed (17HP shots), and is it associated with early supplementation (body got used to it and then you take higher levels away?)

Our "Ask An Expert" Answer: Researchers have been interested in whether progesterone affects preeclampsia for a few decades. Pregnant women sometimes inject a form of progesterone known as 17HP (17-hydroxyprogesterone) when there is evidence that it will lower the risks associated with threatened miscarriage, preterm labor, or fertility treatments like in-vitro fertilisation (IVF). But there’s nothing clear about whether this use affects preeclampsia risk, because like many pregnancy research topics, there are not enough large trials to say anything for certain. So the short answer is: no one knows the answer to this question.

But there are a few things we do know. First, there’s the Cochrane Review of Studies into this relationship, which was last updated in 2006. It says that there are only two prior trials, too small for conclusions about preeclampsia risk to be drawn. The reviewers suggest that unless there’s some new reason to think that progesterone lowers preeclampsia risk, it is unlikely that more trials will be conducted.

An additional challenge is that even when the research showed that progesterone levels were lower, they were not different enough to use to learn useful things about which women’s condition would worsen rapidly and which women who might have more mild complications. Right now, we can’t make a diagnostic or a screening test from this information.

Investigating these mechanisms in rats has also led to some interesting findings. In rats that have reduced uterine perfusion - or less bloodflow to the uterus than normal - 17HP seems to change the way the placenta interacts with the maternal immune system. The immune system changes in some ways during normal pregnancy to allow the placenta to grow, keeping the mother’s body from responding to the baby and the placenta as a foreign organ. Progesterone shots might affect this immune response.

Some preeclampsia research uses rats that can have the bloodflow to the uterus reduced to mimic human preeclampsia. These model rats can then be treated with possible therapies to see if anything changes. When the rats are given progesterone, their levels of hypertension, proteinuria, and placental abnormalities look more like normal pregnancies.

These questions are also beginning to be studied in small pilot trials in human women; one is currently looking at whether progesterone used in expectantly managed early-onset preeclampsia has any effect on the pregnancies.

There are also some intriguing findings in humans treated with progesterone for other conditions. One study found that women doing IVF with their first pregnancy and who were treated with dydrogesterone, which is a form of progesterone supplementation taken by mouth in the first trimester, had lower rates of gestational hypertension. This may suggest that the progesterone promoted the development of a healthy placenta during the first weeks of pregnancy.

If you are pregnant and on progesterone for a proven medical reason, there are a few takeaways related to progesterone and preeclampsia. First of all, it does not seem to be harmful or increase your risk of developing preeclampsia. Secondly, no one knows whether it helps to prevent preeclampsia. Finally, since there has not been much study in humans, your care providers will not likely place you on progesterone unless there is some other reason to do so.

ASK AN EXPERT This article is a response to research questions submitted by Preeclampsia Registry participants. If you have a research idea or question, enroll in the registry or login and select "Submit a Research Question" from your registry home page.

Caryn Rogers is the Senior Science Writer at the Preeclampsia Foundation. As a community moderator, she has dedicated 15 years to creating clear, understandable explanations of the science underpinning preeclampsia so that women can use this knowledge to protect their own interests. Published in the Journal of Medicine and Philosophy and in Pregnancy Hypertension, Caryn uses her experience with philosophy of evolutionary medicine to support the Preeclampsia Foundation's mission. She developed preeclampsia with severe features at 33 weeks in 2002. After a week in the NICU, her son recovered well. Her daughter was born at 39 weeks after a normotensive pregnancy.

Frequently asked questions about the Preeclampsia Registry, a patient-driven registry and biobank.

How to Handle Prenatal and Postpartum Appointments, From Home Your doctor or midwife has asked you to use telehealth for some of your check-ups. That means using your smart phone camera or just a reg...

A new study recently published by the New England Journal of Medicine found that women at high risk for preterm preeclampsia who took aspirin were less likely to develop the condition than women who w... 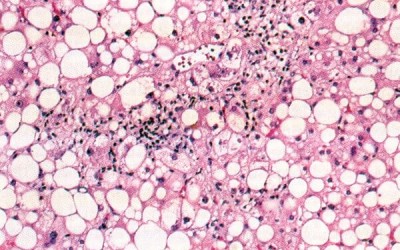 Acute Fatty Liver of Pregnancy Can Be Confused with Preeclampsia and HELLP Syndrome
March 14, 2017

What is AFLP? Acute Fatty Liver of Pregnancy (AFLP) is a relatively rare disorder that happens only during human pregnancy. It affects an estimated one in 10,000 to 20,000 pregnancies every year (&as...

All Pregnant Women Should Get Flu Vaccine
April 27, 2020

Data shows the continued critical need for all pregnant women, regardless of trimester, to receive the influenza vaccination, according to an updated Committee Opinion released by the American Colle...